“We are angry all the time. It wasn’t always like this.”

Carl and Jessica live right here in Wilmington and have been married for 13 years. They came to see me for marriage counseling because of physical intimacy problems and what Jessica called “emotional distance.”

In the first session the biting anger between them was palpable. As their session wound down I named the emotion that was under the anger, I said: “You miss each other, don’t you?”

“You each need the person on the other side of the couch, but it’s no longer safe to reach for them.” Their eyes grew wide and they nodded. Both partners had tears in their eyes. Jessica said, “I’m really lonely.”

It’s common for anger to simmer below the surface of our marriage. I often hear something like, “one little thing happens and we blow up!”

Anger is a warning sign. It often means we’re feeling unheard or vulnerable but we don’t feel safe to express it.

Anger means we’re leaning away in order to protect our hearts.

Unfortunately, most couples get stuck here and their default setting becomes anger and the gap between their hearts expands. Whether you are married or dating, the path of anger leads to decreased physically intimacy, loneliness, decreased communication, harsh conflicts, withdrawal, and resentment.  Anger slowly kills your marriage.

A skilled marriage counselor can get in there with you and help you both understand what’s happening underneath the anger. Anger protects you from hurt, but it pushes your partner away.

In couples therapy you learn to make it emotionally safe to show the feelings beneath the anger (hurt, fear, anxiety, shame, etc.,) and begin creating a space where your hearts can reach toward each other for understanding, love, and support. That’s where the magic happens.

After a few months Carl and Jessica were able to get away from defaulting to anger and began expressing their underlying feelings with one another. Carl was able to talk to Jessica for the first time about his job security fears and Jessica was able to express her shame about not enjoying being a stay-at-home mother as much as she had hoped.

This shift allowed them to hear each other at a deeper and more loving level. They both told me they felt a closeness with each other they had never felt before. It felt like they were new friends and lovers.

If the default setting in your marriage is stuck on anger please reach out for help. It’s not easy, but I’ve seen couples who have been closed-off to each other for years become open, vulnerable, connected, silly, and in love again. I believe your story can have the happy ending Carl and Jessica experienced. 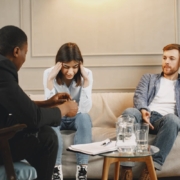 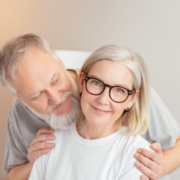 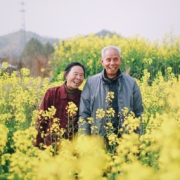 You CAN Save Your Marriage 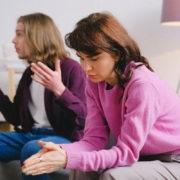 Marriage Counseling: What Not To Say 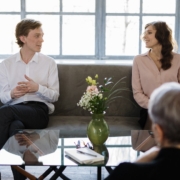 What a Marriage Counselor Should Not Say 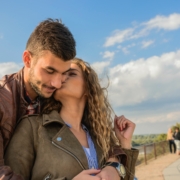 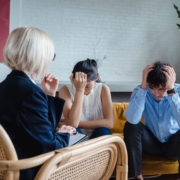